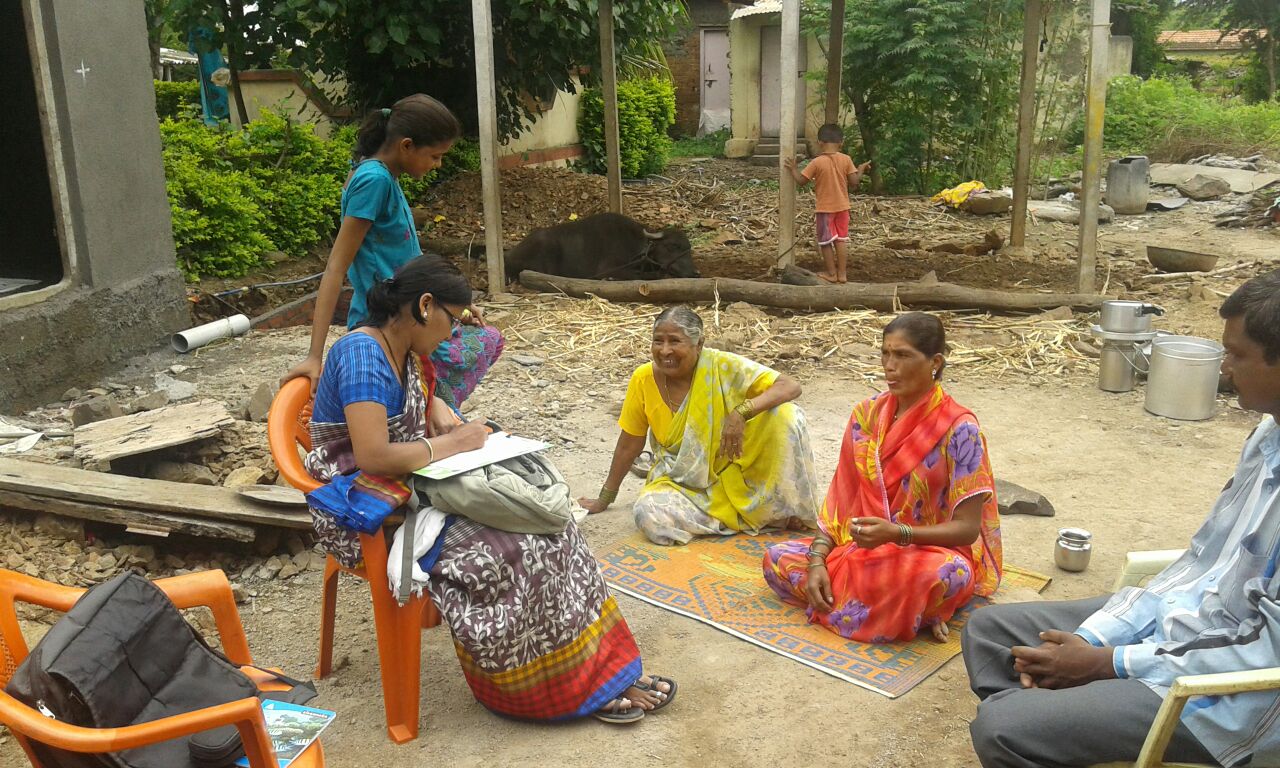 The research department of BARTI was established in the year 2013.The department is known as key resource department working on issues of Social justice and equality that requires in-depth research, analysis and evaluation. BARTI envisages to encourage research in all areas connected to Social Justice and Equity such as Removal of Caste Bias, development of Scientific Temperament, Ethics and Moral Values, Fraternity and brotherhood, National Integration, Communal Harmony, Peace and Tolerance, Justice for women, Removal of Disparity, etc. Efforts related to these research focus areas will result in findings that will have national relevance and in providing crucial inputs for policy makers.

Under this research, BAMU’s proposal on “Educational and socio-economic status of Gatai Charmakars in Aurangabad and Nasik – A comparative study” has been selected. A draft report has been submitted by the researcher to BARTI.

The aim of this study is to understand the status of amenities available in SC settlements and to explain the reasons behind poor quality, inadequacy and unavailability of basic amenities.

Project 5: A Study of ‘Present socio-economic status of SC Girls who completed Higher Education’ in Maharashtra

Following research projects have been selected under this project:

Primary as well as secondary data collection work has been completed and draft report has been submitted by researchers.

Project 7: On the occasion of Bharatratna Dr. Babasaheb Ambedker’s birth anniversary following competitions have been organized

Project 10: A study of present status of Matang Community in Maharashtra

From 2012 after a no. of brainstorming sessions with experts from various fields BARTI came up with a list of research areas related to Equity and Social Justice, Removal of Caste Bias, development of Scientific Temperament, Ethics and Moral Values, Fraternity and brotherhood, National Integration, Communal Harmony, Peace and Tolerance, Justice for women, Removal of Disparity, etc.

This list is not exhaustive. It is representative of the kind of research that BARTI envisages to encourage. We encourage research in all areas connected to Social Justice and Equity. The list of Key Research Areas is displayed on BARTI’s Website.

A Comparative Ethnographic study of Scheduled Caste and other castes (2013)

Taking advantage of similar caste names, some open category/other castes avail the benefits meant for the scheduled castes, other backward castes, Vimukta Jatis and Nomadic Tribes. Also there is severe lack of written literature/documentation available on certain castes among Scheduled castes.  BARTI being the coordination agency of CVCs in Maharashtra, felt the need of a study on finding the similarity and differences on crucial aspects of such vulnerable castes and other castes taking illegal benefits.

As every caste has its own characteristics, customs, traditions, rites and rituals by which the caste can be recognized, hence a comparative ethnographic study of pseudo castes with the real castes was undertaken as mentioned below:

The study is regarding a Holistic Study of SC population residing in the slums of PMC      Area. A Pilot study of one slum (Kamghar Putla Slum, Shivajinagar) including 504 households was completed. (FGDs) and workshops were organized for youth, women and elders from the slum and all stakeholders as a part of participatory appraisal.

“Removal of Area Restriction in respect of Kaikadi Community in Maharashtra and enlist them in the list of Scheduled Castes” (2014- 2015):

The study was undertaken to look into the prevalence of the practice of untouchability among Kaikadis. Belonging to VJ and to ascertain whether they have any indicators for identifying them as SC.

The study looked into the existence of the caste/Jaat panchayat and its presence among various castes, understand the nature, status, mechanism of dispute settlement caste etc.

114 proceedings from the year 2005 to 2013, 42 reports, 141 files and 2 GR books regarding various castes scanned and indexed. The scanned documents will be useful while undertaking research studies on various castes. Due to digitalization, the above reports can be protected and secured when required.

Study of the situation of Safai Karamcharis in Pune Municipal Corporation (PMC), (2015-2016):

The study probed the socio-economic-educational and health status of the safai-karamcharis and also tried to look into the implementation of “The Prohibition of Employment as Manual Scavengers and their Rehabilitation Act, 2013”.

7 Workshops held during the survey of Ethnographic study of castes –

As per the findings of the survey, 4 Workshops held in all four zones of the PMC to educate the Safai Karmacharis about the Prohibition and Rehabilitation of Manual Scavengers’ Act 2013, Various Government Schemes, Social Justice and Equality, Anti- Superstition Act and De-addiction.